How much control do we have about the outcome of a decision?

I asked myself this question over the last weeks and came to the following conclusion: Not much. Because the second after you make a decision, it leaves your circle of influence. All kind of influences can now change the outcome of the decision. None of which we have full control over.

A good metaphor for this is the Stoic Archer. Imagine that you are an archer and your goal is to hit a small target. You prepare your bow, take a good stance and focus on the target. Then you start to breath slower and slower, until eventually, your breath comes to a halt. At that point, you let go of the arrow. You did a fantastic job. Does it mean you will hit the target? Of course not. A single gust of wind can change the entire course of the arrow and make it miss the target.

As a decision-maker, you are in the same position. You have full control of the decision making process. You can study and practice to make better decisions. This has to do a lot with how you analyse the situation, what assumptions you make and what I would argue is the most important: What mental models you use.

A mental model is a simple way to understand our complex world and a practical tool to guide our thinking. You probably didn't hear about the term before, but it's certain that you already use mental models. Otherwise, you would have trouble to make sense of the world. One simple example of a Mental Model is Supply and Demand. With it, even children can – in simple terms – predict how markets behave.

Public figures like Elon Musk or Warren Buffets long-term business partner Charles Munger have long been on the hunt for good mental models to assist them in their decision-making process. They clearly understand the benefit and how to use them as an effective tool. To quote Charles Munger:

"Developing the habit of mastering the multiple models which underlie reality is the best thing you can do."

Four mental models are especially helpful for decision making: The Hard Choice Model, First Principle Thinking, Second- and Third-Order Consequences and Inversion. With them, you are well equipped to be more aware of your own decision making process and to improve it over time.

In August last year, I attended Loupe a design conference in – at the time – rainy Amsterdam. Wes O'Haire who is a product designer at Dropbox gave a fantastic talk about Mental Models for Product Designers. One of the mental models he introduced for decision making was the Hard Choice Model.

According to his experience, it's always important to ask yourself what kind of decision you're dealing with. The Hard Choice Model helps to answer this, by accessing the decision from two standpoints:

A decision which has a low impact and multiple options that are easy to compare is a "No Brainer". It should be crystal clear, which option stands out and therefore it's important to come to a decision quickly. When it's harder to compare options, you are facing an "Apple/Oranges" decision. It's recommended not to invest a lot of time into weighing the pros and cons. It's still a low impact decision. The focus should be to make the decision fast. Even if you have to rely on your first impulse.

When decisions have a high impact, it gets more interesting. If the options are easy to compare, you are dealing with a "Big Decision". You probably know which option to choose and only need to collect the confidence to make the decision. On the contrary, when options are hard to compare, the decision truly becomes a "Hard decision". In both cases, it makes sense to wait with your decision and to weight different options against each other.

Per default, we reason by analogy. When we face a decision, we often look back at the outcome of previous decisions and how other people made a decision in similar situations. This makes sense because it's saving us a lot of mental energy.

The roots of this mental model, go back to a time where we lived as hunter and gatherers. At that time change was slow. Young adults probably faced the same challenges as their grandfathers. Thus, it was extremely helpful to use prior experiences as the foundation for most of the daily decisions.

But we are no longer living in dusty caves – at least I hope that you don't. The modern environment undergoes a constant change where we are faced with many new challenges and decisions. In this environment thinking in analogies can be a disadvantage, because you narrow your choices to what you already know. But what if you need to reason from the ground up?

That's where you can apply First Principle Thinking. The basic idea is that you ask the question: "What do I know is 100% true?". Once you know an answer to this, you can start to build the arguments for your decision.

Elon Musk is famous for applying First Principle Thinking to his life. Back in 2002, when he founded SpaceX, he talked with several aerospace manufacturers. Only to learn that buying a rocket, is extremely expensive. Buying rockets off the shelf didn't seem to be a good decision. He then tried to rethink the problem from the ground up:

"Physics teaches you to reason from first principles rather than by analogy. So I said, okay, let’s look at the first principles. What is a rocket made of? Aerospace-grade aluminium alloys, plus some titanium, copper, and carbon fibre.

Then I asked, what is the value of those materials on the commodity market? It turned out that the materials cost of a rocket was around two per cent of the typical price". Musk then decided to buy the rocket materials for cheap and to build the rockets himself. A bold move of course, but now it's clear that he made the right decision. SpaceX was able to cut the price for rocket launches by multiple magnitudes. A good example that First Principle Thinking can go a long way.

Humans are born with a second flaw, that we have a hard time to let go off. When making decisions, we are most concerned with immediate consequences, also called first-order consequences.

Exercise is a good example. The first-order consequence of exercise is exhaustion, sweating and maybe even physical pain. None of which anyone would pursue on their own. That's why many people have trouble to discipline themselves or even quit the sport at all.

Here is a way to activity consider subsequent consequences:

Now you have a much better overview of the options and how they could unfold over time. In the end, you should decide on what is most beneficial in the long-term.

The German mathematician Carl Gustav Jacobi is famous for the phrase "Invert, always invert!". He spoke some truth. Instead of tackling a decision heads on, it's often better to look at the decision from the opposite side.

“It is remarkable how much long-term advantage people like us have gotten by trying to be consistently not stupid, instead of trying to be very intelligent.” – Charlie Munger

How it works in practice:

As mentioned earlier, you can't predict the outcome of decisions. But if you have a solid decision making process, you don't need to. Over time you will make more decisions, that have the anticipated outcome.

Mental Models are a helpful tool to actively improve your decision making. And if practices long enough, they will be internalized on a level where you longer need to use them actively. 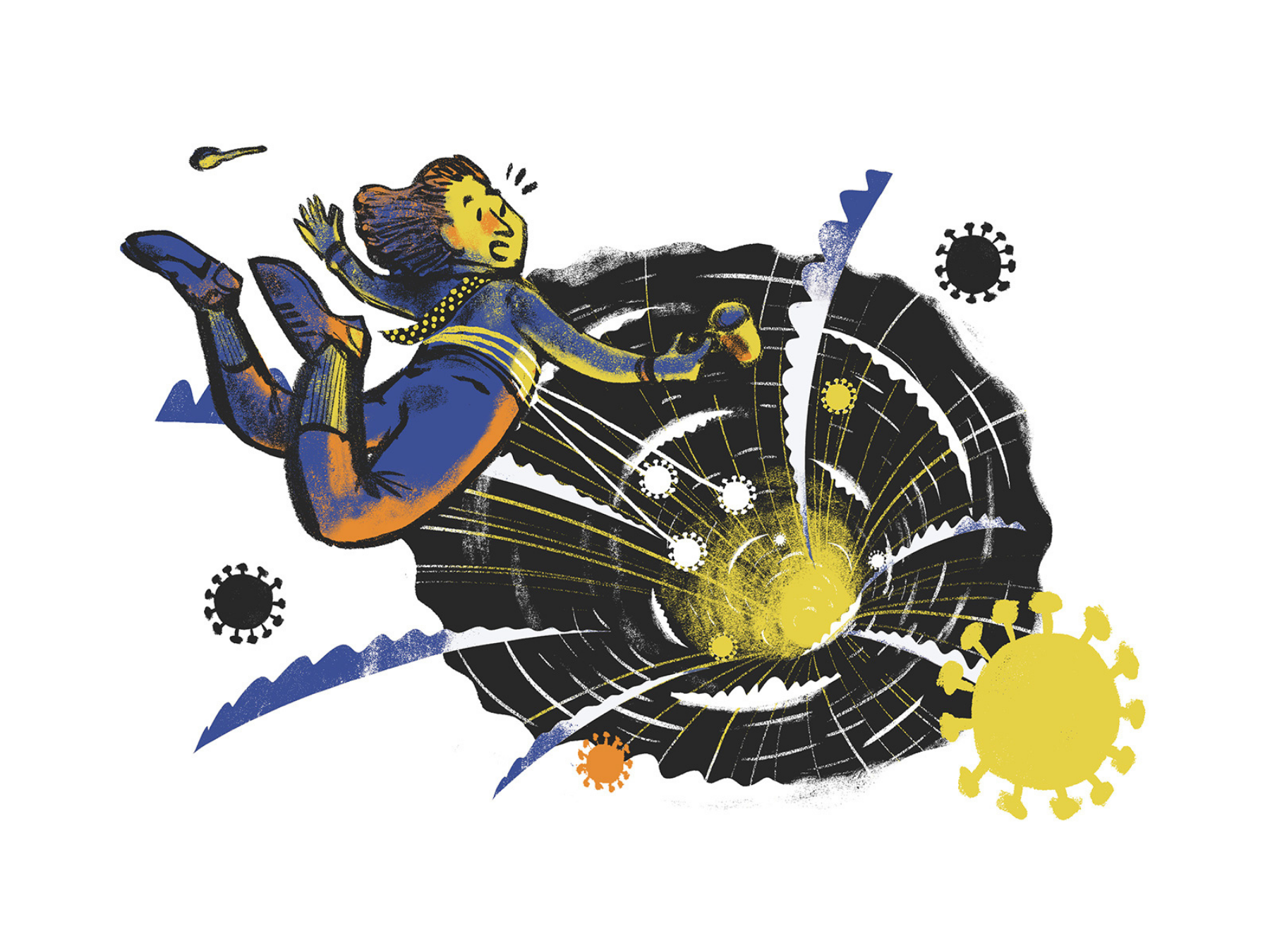 Facilitation: A skill for the future of work?

We are facing a future that is uncertain and complex. In times like these, there is a demand for a new role at the workplace.